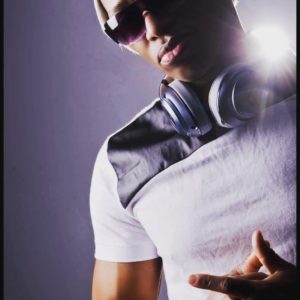 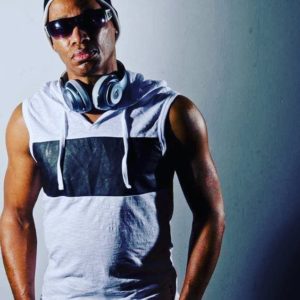 Born & Raised from Taco­ma, Wash­ing­ton. At the young age of 10, Mark would pro­vide music for his Mom’s par­ty’s, but when his mom bought him Two Turnta­bles and a Micro­phone at the sweet age of 16, it changed his life, and he nev­er looked back. From Djing House par­ty’s, to spin­ning all his High School events. He even received a cred­it for play­ing music for the school lunch­es, and kids from oth­er schools would gath­er to hear him spin. It was one big party.

(1983) At the age of 18, Mark became one of the Pio­neer Dj’s of the Pacif­ic North­west, spin­ning at one of the hottest teenage night­clubs around (The Spec­trum Night­club), where they would bring such acts like: SIR — MIX — ALOT, ICE — T, EGYPTIAN LOVER, RODNEY‑O & JOE COOLEY, BOOGIE BOY, NOCERA, CONNIE, just to name a few.

This was a time when they tried to ban Hip Hop music from the Pacif­ic North­west. Mark was one of the Few & Proud Pio­neers to keep it alive. From Spin­ning at clubs with oth­er Pio­neers such as JEFF FRADY, PAUL BUTLER, DONALD GLAUDE, to Djing from Seat­tle to Cal­i­for­nia, Cana­da & Latin Amer­i­ca. Spin­ning at BOBBY BROWN’S BDAY PARTY and HOSTING SNOOP DOGGS DJ JAM’S BDAY PARTY with the whole DOGG POUND in the house, plus being MAXAMILLION DJ for a few show’s. Even chap­er­on­ing EMINEM’S CREW D12, when they were in town.