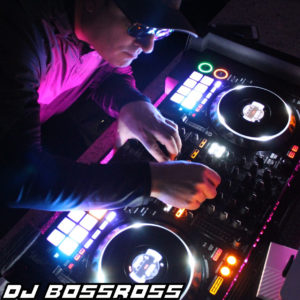 Boss­Ross is a DJ from Van­cou­ver, BC, Cana­da.  He hosts 2 week­ly Radio Res­i­den­cies on Beach-Radio UK, and has done sev­er­al inter­na­tion­al guest mix­es on var­i­ous stream­ing plat­forms and radio sta­tions.  He is known for his Deep Ses­sions series on Sound­Cloud.  These Deep Vocal House, Indie Dance & Nu Dis­co sets gath­er lis­ten­ers from all over the world.  He also enjoys mix­ing prop­er Deep House, Tech-House & House music in his Jour­ney into the Deep and Club Mix series.