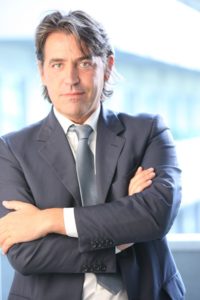 Dj Davide Saglioc­ca Born in Rome in 1964, Davide worked as a radio DJ from 1979 to 1995 for most of the major broad­cast­ing sta­tions in Tus­cany — Radio Firen­ze 2000, Radio Zero, Fan­ta­sy Radio and Radio One, where he made sev­er­al inter­views with inter­na­tion­al music stars dur­ing the 8 years of unin­ter­rupt­ed ser­vice. Since 1982 he also DJed at some his­tor­i­cal Flo­ren­tine clubs. A grad­u­ate in Polit­i­cal Sci­ence, he moved to Milan where he recent­ly resumed DJing, adding spe­cial DJ sets in Lon­don and Ibiza to the gigs in the Milan scene. Spe­cial­iz­ing in Clas­si­cal Music as well as in 70s/80s black music and funk, he has added old-school hip-hop and jazzy deep house to his reper­toire since the 90s.